I estimate that at least 50% of the medications I prescribe are to combat food-borne illnesses. This means, if patients would change what they eat, most of my prescriptions would disappear. So much of diabetes, heart disease, arthritis, abdominal pains, etc. are directly a result of bad diets. I've taken patients with Type II diabetes off of Insulin and medications to a totally normal blood tests in 3 to 6 months by a low-carbohydrate diet. I've taken patients with chronic joints pains off multiple medications purely by anti-inflammatory food. I've had patients requiring heart surgery or leg vascular surgery and cured them with a vegan diet. I've taken patients with recurrent diverticulitis requiring surgery and aborted the knife by changing fiber intake. And I've taken patients with prostate cancer and helped them live decades without surgery/chemo/radiation simply by what they eat. So many illnesses are caused by bad food and cured by good food. The knowledge is available. Getting patients to want to take care of themselves and eat healthy is the challenge. Foods that inflame Try to avoid or limit these foods as much as possible: refined carbohydrates, such as white bread and pastries French fries and other fried foods soda and other sugar-sweetened beverages red meat (burgers, steaks) and processed meat (hot dogs, sausage) margarine, shortening, and lard Not surprisingly, the same foods that contribute to inflammation are generally considered bad for our health, including sodas and refined carbohydrates, as well as red meat and processed meats. Some of the foods that have been associated with an increased risk for chronic diseases such as type 2 diabetes and heart disease are also associated with excess inflammation. It's not surprising, since inflammation is an important underlying mechanism for the development of these diseases. Unhealthy foods also contribute to weight gain, which is itself a risk factor for inflammation. Yet in several studies, even after researchers took obesity into account, the link between foods and inflammation remained, which suggests weight gain isn't the sole driver. Some of the food components or ingredients may have independent effects on inflammation over and above increased caloric intake. Foods that combat inflammation Include plenty of these anti-inflammatory foods in your diet: tomatoes olive oil green leafy vegetables, such as spinach, kale, and collards nuts like almonds and walnuts fatty fish like salmon, mackerel, tuna, and sardines fruits such as strawberries, blueberries, cherries, and oranges Anti-inflammation foods On the flip side are foods and beverages that have been found to reduce the risk of inflammation, and with it, chronic disease, particular fruits and vegetables such as blueberries, apples, and leafy greens that are high in natural antioxidants and polyphenols—protective compounds found in plants. Studies have also associated nuts with reduced markers of inflammation and a lower risk of cardiovascular disease and diabetes. Coffee, which contains polyphenols and other anti-inflammatory compounds, may protect against inflammation, as well. *** Photo cred: Harvard Health 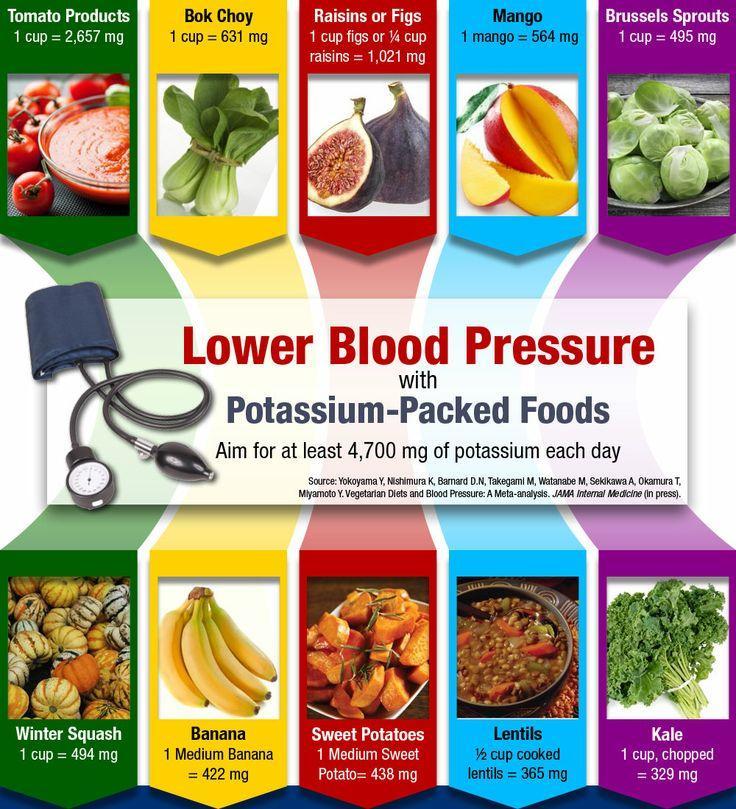 What to do to lower your blood pressure, beside taking medications.